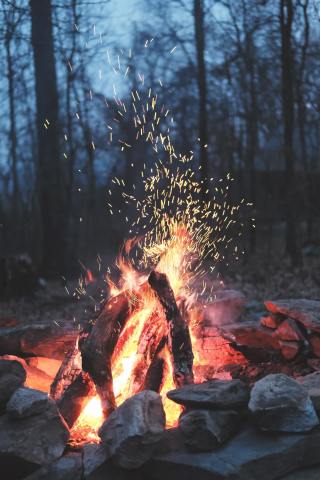 Over the years, Presbyterian Church of the Covenant has been a staunch supporter of the scout movement. Covenant has sponsored Troop 99 for over 70 years, Pack 99 since the 70's and most recently Troop 5508, which celebrated their one year anniversary in March 2020.

BSA has made some significant changes over the last few years, most notably allowing girls into the program. The Cub Pack is comprised of boys and girls from first to fifth grades while Scouts BSA is for youth 11-18. Newly formed Troop 5508 was on the forefront and, in 2019,  became the second female Troop in Delmarva Council and has about 7 members and growing.

Scouts BSA Troops are not co-ed and must be either all boys or all girls; thus the need to come up with a unique troop number. The girls got together and decided on 5508, because if you enter it into a calculator and turn it upside down - it spells BOSS. Troop 5508 became a reality through the efforts of some dedicated leaders from the Pack, Troop, and the council. The "Boss" troop attendedun their first summer camp in 2019, and has camped every month since.

No matter what you’re facing,
we’d love to pray with you!

Your financial support is very important
for our global projects.