Presbyterian Church Of The Covenant

On the 7th of each month, Church of the Covenant volunteers purchase food, prepare meals, pick up bananas, deliver and serve the meals to those in need.

18th Sunday after Pentecost at 10am

Women of Covenant Bible Study at 10am

Celebrating Sabbath: Accepting God's Gift of Rest and Delight by Rev. Dr. Carol M. Bechtel.
Lesson 2 ~ Sabbath and Creation | Genesis 1:1-2:3
We gather in the West Room at 10am.

19th Sunday after Pentecost at 10am

“Girondines,” based on historical fact, focuses on the story of six real-life French Revolutionaries who presumably knew one another, met in secret before the Reign of Terror, and supported one another during the political upheaval. All six of the revolutionaries are women, and of these, three are guillotined and three live. Van Sciver and Kunkle are working to further their own legacy of women, both in the history of the women featured in the opera, and also by creating visceral and important roles for women in opera.

The performances are free and open to the public, with no tickets required.

JOIN US FOR A FUN-FILLED AFTERNOON | Entertainment | Roasting Marshmallows | Free Food | Trunk or Treat | Costume Contest for Kids and Pets | Pumpkin Painting | and much more! 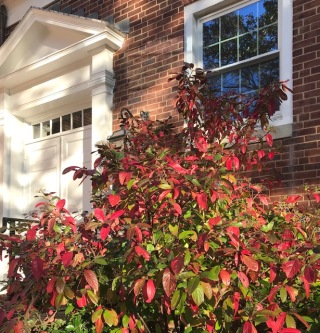 A little about us

Welcome to the Congregation!

The Presbyterian Church of the Covenant is a warm, welcoming congregation that loves connecting with the local community. Our mission is focused on empathizing with and addressing our neighbors' immediate physical, spiritual, and emotional well being. PCOC also strives to address long term systematic issues affecting the health and happiness of the community members.

Introduction to our church

Be a part of our Music

Ways to get Involved

We know that every child needs a quality preschool experience and make every effort to insure our program is affordable. Our program offers high-quality activities that meet the needs of early learning and development for children.

Change from the Inside Out - October 2nd

World Communion Sunday | Sermon Series ~ Re-Shaped: What We're Made For | Change from the Inside Out...

16th Sunday after Pentecost | New Sermon Series ~ Re-Shaped: What We're Made For | Semper Gumby | Re...

What is Money for? - September 18th

Fifteenth Sunday after Pentecost | What is Money for? | Rev. Kate Morgan, preaching

Interested in becoming a part of our family? No matter what you are going through in life, there is a place for you here.

Join Us
Closing in 6 Seconds